"And well done Karin who was like a little black clad bottle of bubbly."
Joanna Lumley OBE 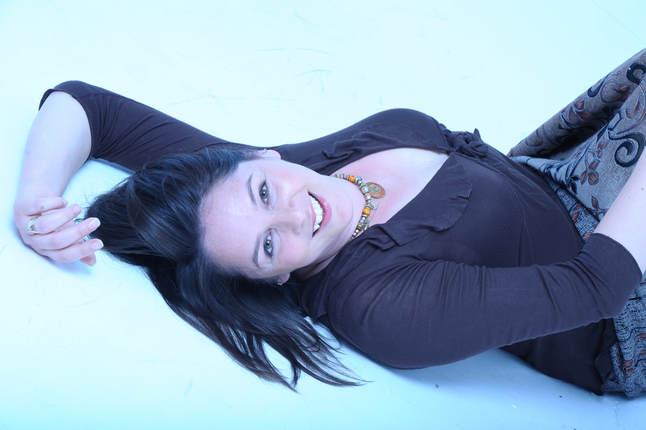 As a presenter and actress, Karin Ridgers has some impressive credits to her name, with dramatic film roles sitting alongside her work on several documentaries.

Karin's drama training on prestigious courses with both RADA and LAMDA has enabled her to encompass a variety of roles from a quiet young mum in film The Money Shot to a sassy bitch in Lazy Days Crazy Nights.

She has turned her hand to documentaries and took centre stage in Channel 5's School Reunion - a funny, compelling show following her quest to reunite former classmates. And it is undoubtedly Karin's passion for a pursuit of a "compassionate lifestyle" that has seen her prove herself in both a presenting and producing capacity.

As a former director of the Vegan Society, and award winning spokesperson for the animal charity Viva! and SMTV, Karin is widely regarded as an expert in the field.

To this end, her knowledge has seen her present several short documentaries for the Discovery Channel, as well as appearing in the BBC production Food Of Love, which also explored Karin's vegan lifestyle.

The biggest testament to both the bubbly presenter's determination and passion for her vegan politics was the founding of her very own internet TV station ­ www.veggievision.TV. An ambitious project, the internet TV channel not only showcases Karin's engaging presenting style and her ability to pull together an interactive magazine with celebrity vegetarian interviews, vegan cooking and topical news items ­- it is also a platform for other presenters who are passionate about this area.

VeggieVision has attracted a number of presenters from America, Europe and across the UK too so compelling viewing even for non-vegetarians.

​Karin's exhausting list of credentials are not only limited to film and TV. The vivacious brunette also co ran a successful theatre company, Third Edge, and presented and produced shows for local radio stations Phoenix FM and also Gateway FM and is a regular Loud Woman on BBC Essex with Sadie Nine.

Her confident, outgoing nature has also seen Karin her dip her toes into the competitive world of public relations. In true Karin-style, the presenter has even managed to bring her uniqueness to that field, running her own firm MAD Promotions­ to raise awareness of those making a difference in society.